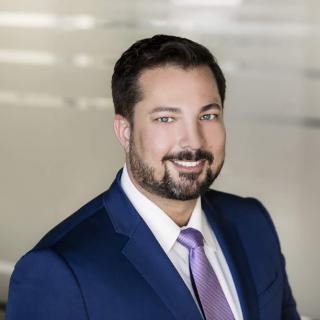 Joel Playford is the Vice President of Implementations at myMatrixx. He joined the organization in 2008 as a contract software engineer. In his current role, Joel leads the Implementation team which is responsible for onboarding new clients. Prior to this, he led the application team which was responsible for all software development and product management for the organization.

Prior to myMatrixx, Joel served as a Software Engineer with Health System Solutions. He has an extensive background in Java software development and designing custom software applications to improve processes and procedures.

Joel was responsible for leading a team that received the first IT Dream Team Award in 2012 presented by the Tampa Bay Business Journal. Joel is a board member of TechStart Tampa Bay and Help2Others. He is active in the Tampa Bay Technology Forum, the National Council for Prescription Drug Programs and Boys & Girls Club of Tampa Bay. He was a member of Team USA, the 2012 winner of the NAPCO/ Spencer Educational Foundation Charity Hockey Tournament. He received his degree in Management Information Systems from the University of South Florida.

Joel was born in Canada and now resides in Tampa, Florida. He enjoys spending time with his daughter and playing hockey.