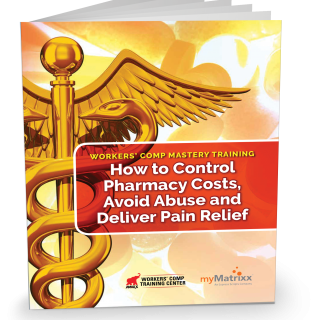 When used properly, prescription drugs can have a significant positive effect on injured workers by helping them recover and return to work as soon as possible. However, the issue is fraught with peril due to two powerful forces including misaligned financial incentives and potential misuse, abuse and addiction