It's Not Just Heroin Anymore: Evolving Role of Fentanyl in Drug Overdose 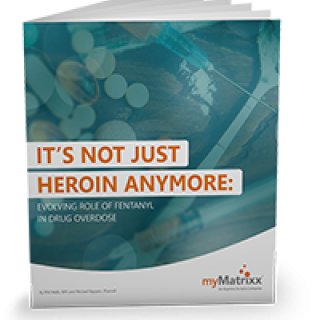 Deaths from heroin overdose increased by a factor of five from 2010 to 2016. However, it has been reported in multiple outlets that many of these deaths are not caused by heroin alone, but instead involve illegally manufactured fentanyl, which can easily be mixed with white powder heroin. Currently, this latest danger in the opioid overdose epidemic has primarily been identified in states east of the Mississippi River. This geographic affect is because white powder heroin is not as prevalent west of the Mississippi where black tar heroin is the predominant form. The black tar heroin is not as easy to mix with fentanyl powder, and as a result, fentanyl is not as likely to be involved in an overdose west of the Mississippi.