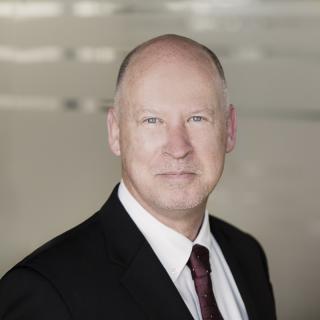 Phil Walls is the Chief Clinical Officer for myMatrixx. He joined the company in 2006 and oversees all aspects of myMatrixx’s clinical program including drug utilization review, formulary management, drug regimen reviews and targeted intervention with prescribing physicians.

Phil is a clinical pharmacist with over 40 years of experience in pharmacy, healthcare informatics and workers’ compensation. Previously he served in leadership positions within the industry with Health Information Designs, Inc., PMSI and Cigna Healthcare of Florida, Inc. He is a published author and frequent national speaker on clinical issues in workers’ compensation.

Phil is a highly regarded clinical pharmacist who is frequently asked to speak on topics relative to the industry. This is his passion and his priority – educating people and patients on the dangers of opioid abuse and the epidemic that is devastating the lives of so many people across our country.

In recognition of his contributions to the industry, Phil was named CompPharma’s 2015 Person of the Year and received the Dorland Health People Pharmacist Award. He is a member of the AMCP, APhA, APS, ASAP, ASHP, FPA and the International Society for Pharmacoeconomics and Outcomes Research.

Phil received his Bachelor of Science in Pharmacy from Mercer University School of Pharmacy and was awarded Doctoral Candidate status in Pharmacology at Ohio State University.

Phil currently resides in Tampa and enjoys cruising with his family. A notable fact about Phil is that he was the 12th employee hired at myMatrixx.